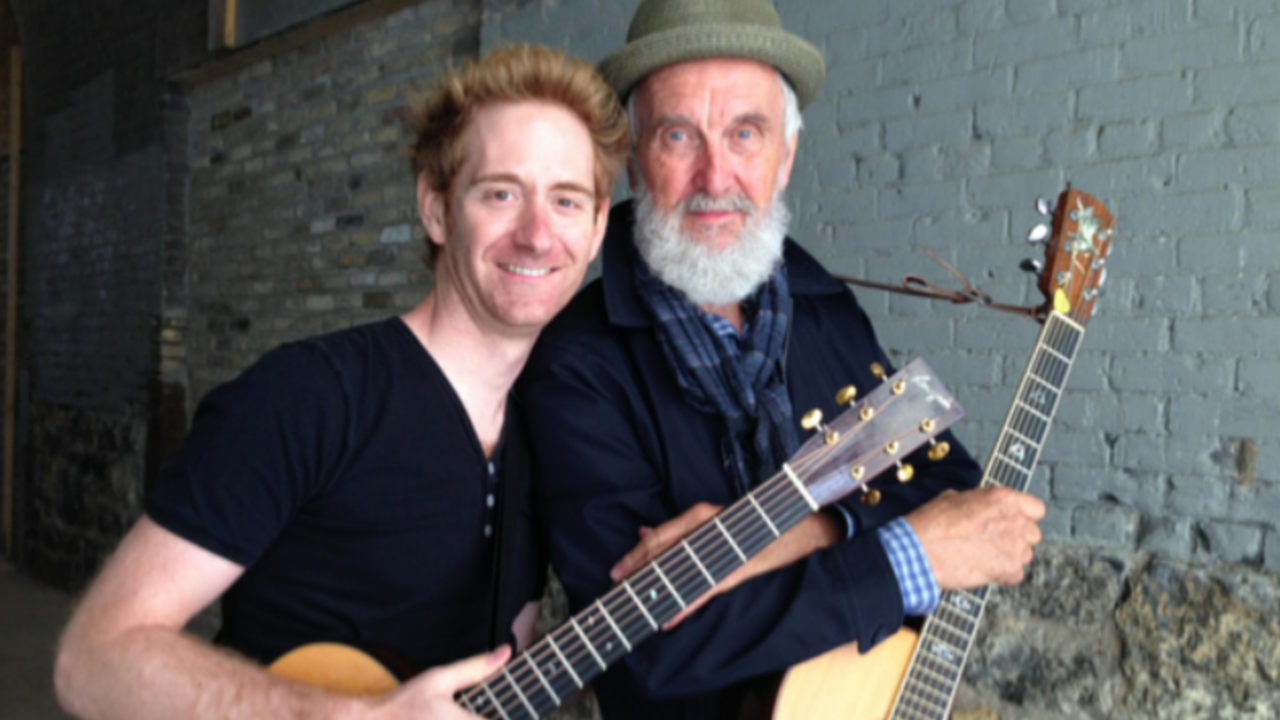 When I was a kid one of my favourite things to do was pretend I was Fred Penner. For those of you that are unfamiliar, Fred Penner is a legendary Family and Children’s Entertainer who may be best known for his album, The Cat Came Back. At the age of five I would stand on the living room couch with a plunger stick as my microphone and a Fisher Price guitar and pretend I was Fred in concert. I remember going to watch Fred perform at my parent’s company Christmas party and then would go and see him at The Children’s Festival. This man has a magic about him and at the time I couldn’t really name it but I sure could feel it. Years later in grade seven, once again, Fred had a major impact on my life. I was asked to perform a song in front of my school in the gymnasium and decided to perform “The Cat Came Back”. I remember looking out at all the students singing along and thinking, ‘this is what I want to do for the rest of my life”. I didn’t realize it at the time but looking back now, I would have to say that Fred Penner played a major role in my decision to become a professional musician.

A few years later, Fred showed up at the church where I was playing every Sunday for the children’s service and I remember being SO nervous! In the middle of one of the songs I broke a guitar string (I guess my guitar was nervous too) and I switched over to finish the song on the piano. After the service, Fred came up to me and introduced himself and told me how impressed he was with my flexibility to switch gears on the fly. It was an incredible moment!

Yet again in 2006, Fred was a mentor for me when I was a finalist on the popular Canadian television show, Canadian Idol. On a segment where they flew me back to my hometown of Winnipeg to meet my family, I decided to go over to Fred’s place and jam. Unfortunately the footage never went to air though, because it was shot the week in advance and I was cut from the show before the footage was able to be seen. (side note- if anyone at CTV has a copy of this footage- man would I love to see it!).

Over the years Fred has become a real dear friend of mine and someone that I truly admire. There are those certain people in life that have a magical impact on you and for me, Fred is one of those people. I know I am not the only one who feels this way about Fred Penner. This man has had an incredible impact on an entire generation and beyond. His ability to connect, love and make you feel seen is beyond incredible. Through his music, words and actions, Fred is truly a role model for all of us. It was an honour to share a few minutes with him in this interview/conversation to celebrate the 30th anniversary of his TV Show, Fred Penner’s Place and to fulfill one of my dreams of literally jamming with the man! Our world is a better place because Fred Penner is a part of it. Thank you Fred for being such a beautiful light in the world and inspiring us all to love deeper and take good care of each other. You are literally a star!
Check out my interview with Fred Penner at http://bit.ly/1Ozcidt